There are two techniques to deal with Concurrency in iOS: GCD - Grand Central Dispatch and Operations. Most of the time, GCD provides most of the concurrency capabilities you need. Yet, sometimes you’ll want some extra advanced customizations. It’s time to use Operations. This tutorial will introduce Operations in Swift, also explain when and why we use Operation instead of GCD.
Let’s switch the gears!

There is a big gap between knowing the path and walking through the path.

Operation is a class allowing you to submit a block of code that should be run on a different thread, it is built on top of GCD. Basically, both GCD and operation roles are similar. However, operations have other benefits that give us more control over the task.

Dependency and the capability of canceling making operations much more controllable over GCD.

Let’s assume that we’re building an application that will fetch some posts of mine. After downloading the cover images, they will be applied a simple filter, then displayed in a table view.
Go ahead and create a project. The project simply contains only one main screen with a table view that displays posts with a title and a cover image. To simplify the source of data, I created a JSON file that contains 100 rows describing a post with key as title and value as the url linked to the cover image.

Inside the MainViewController, let’s read the input file

By using a simple function of CoreImage, the grayScale(input:) method will transform a UIImage to a black-white image with the Tonal filter

It’s time to set up the table view, we use URLSession to download the image from the input url, then display to the cell after downloading successfully.

Build and run the project, you should see the images appear on the list. Let’s try to scroll the table. Can you feel laggy?
You might notice where the issue comes from. To set up a cell, we first download the image from the internet, then apply a Tonal filter to the image. These two actions are performing in the main thread, putting too much pressure on the thread that should only use for user interaction.

By executing the code on a background queue, we offload work to the main queue and make the UI much more responsive.
Rebuild the project, you will see the differences.
Even we resolve the issue of user interaction, the performance of the app is still not optimized.
What can be done to make this better?
As the user scrolls the table, cells come and gone. There’s no sense in continuing to download and process an image of an invisible cell. It’s better to cancel the block of code to improve the performance and reduce the battery consumption of the app. But how we can cancel a task that is running in GCD?
Here is the Operation come to.

Let’s break the task to set up a table view cell into two tasks: one is to download the image and another is to apply the filter.

To use Operation, we simply subclass the Operation class and override the main method where our task is placed. By default, operations run in the background, so there are no worries about blocking the main thread.
Back to the task to set up the table view cell, you might notice that there is a dependency between these two tasks, we only do the filter process after downloading the image. In other words, the ImageFilterOperation operation depends on the DownloadImageOperation operation. Operation Dependencies is one of the “killer functions” of Operation along with the capability of canceling a running operation. By linking the two operations, we ensure that the dependent operation does not begin before the prerequisite operation has completed. Additionally, the linking makes a clean way to pass data from the first one to the second one.

Here, we init two new instances of the DownloadImageOperation and the ImageFilterOperation classes. Then, we set grayScaleOpt operation depend to downloadOpt that will make sure the grayScaleOpt only be executed after the downloadOpt has completed. Finally, we add these two operations to the OperationQueue. Once an operation is added to the queue, the operation will be scheduled. If the queue finds an available thread on which to run the operation, the job will be executed until it has completed or been canceled. When the operation completes, the completionBlock is called.

“Operations have important effects on your application’s performance. For instance, if you want to download a lot of content from the Internet, you might want to do so only when it is absolutely necessary. Also, you might decide to ensure that only a specific number of operations can run at the same time. If you do decide to limit the number of concurrent operations in a queue, you can change the maxConcurrentOperationCount property of your operation queue. This is an integer property that allows you to specify how many operations, at most, can run in a queue at a given time.” (iOS 8 Swift Programming Cookbook)

Learning the above theories is enough, now re-build the project to see the result. 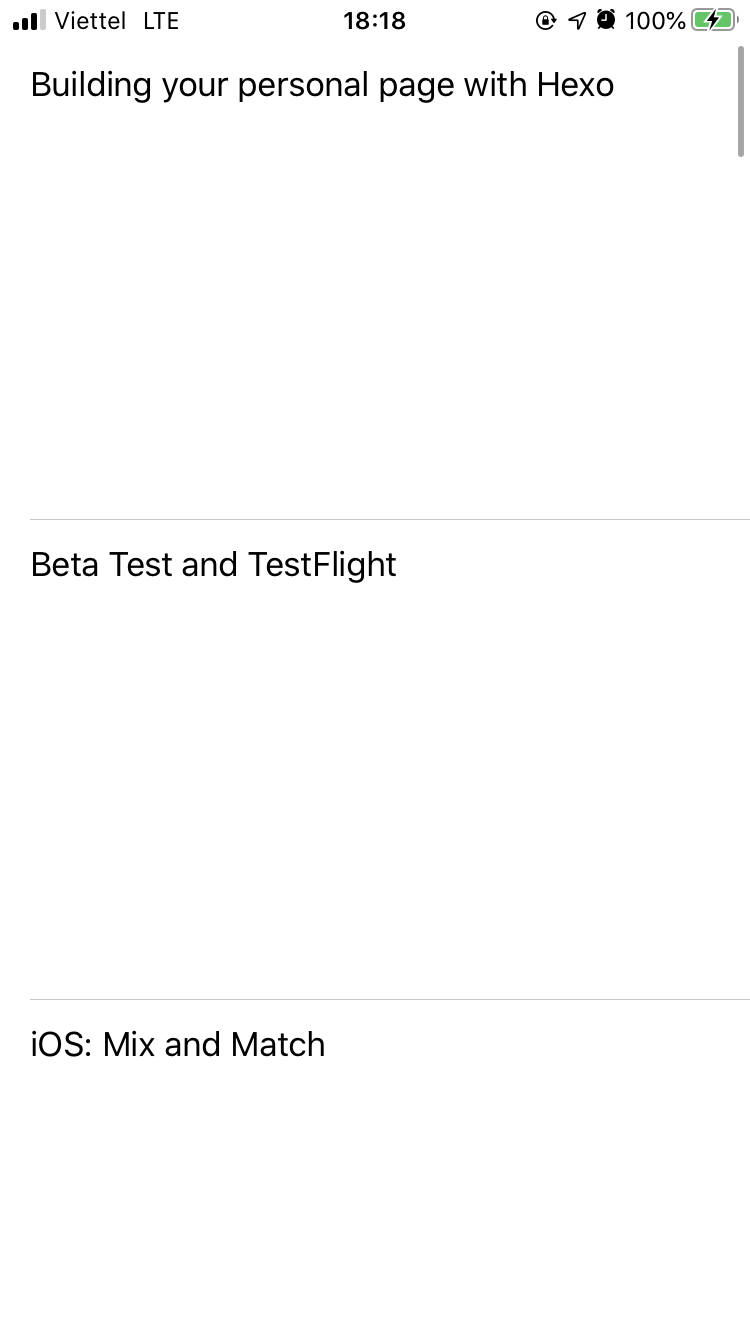 Ops! Nothing appears, the image is not downloaded! Something went wrong ???
In the next tutorial, we will find out what happened to our code and why the Operation did not work properly as expected.
Thank you for reading.