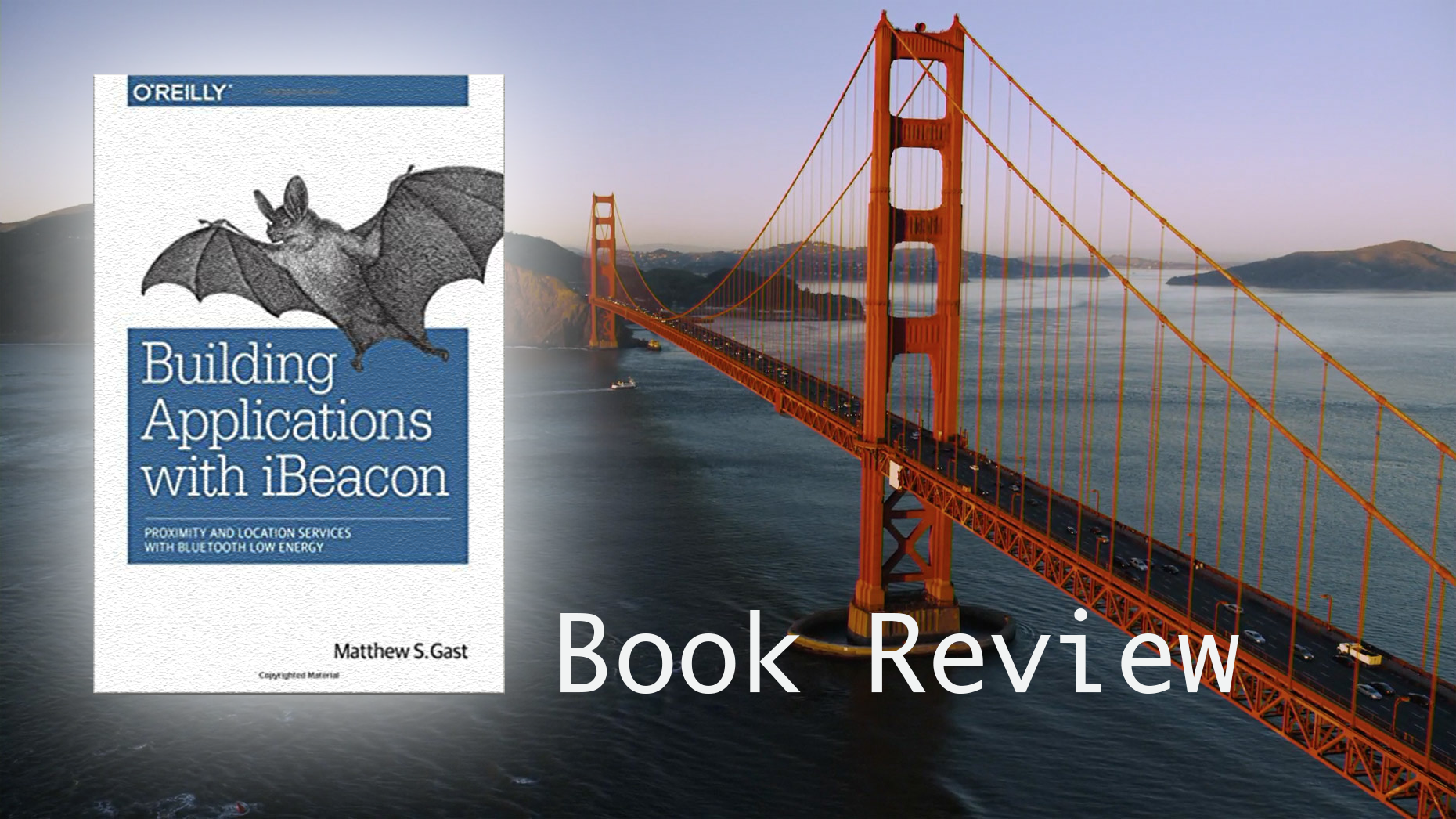 In the previous post, I basically give you a quick look at iBeacon - A Bluetooth protocol built on top of BLE by Apple, and made a simple demo of how iBeacon can wake up an application after being terminated by the user. However, I did not mention other foundation concepts in Beacon, it also did not give you a deep look at the advantages and disadvantages of this powerful technology.
Today, I would like to introduce you to a good book giving a solid knowledge in Beacon field, especially iBeacon: Building Applications With iBeacon published by O’Reilly.
After reading this book, I ensure that you will get a good knowledge in iBeacon field and your mind will be more open to the next coming up ideas.
Let’s drive-in!

The book mainly focuses on developers who are looking for an efficient way to integrate beacon protocol to their applications. To use the book efficiently, I recommend you should have some BLE background knowledge as iBeacon is built on top of BLE.
In the beginning, the book describes a brief history of proximity technologies in particular. It also explains why and when to use in some specified circumstances.
The two key main why using iBeacon are, first and foremost, GPS technologies struggle to do better than a few meters, and GPS is often limited indoors. iBeacons can enable a determination within centimeters. The second one is iBeacons offer high precision micro-location, along with the ability to act on what a mobile device is near. No other technology yet offers that combination.
To convince the reader, the book compares GPS versus Beacon, in other word location versus proximity; giving some limitations of current GPS technology, the writer makes some area in which Beacon is far superior to GPS.
Next, the book explains how Beacon protocol works under the hook; introduces you to the foundational terms, and how they interact with each other.
Finally, in some chapters, the book guides you on how to set up your own beacons on Mac OS, mobile devices, or tiny computers such as Ras. Pi or Arduino. 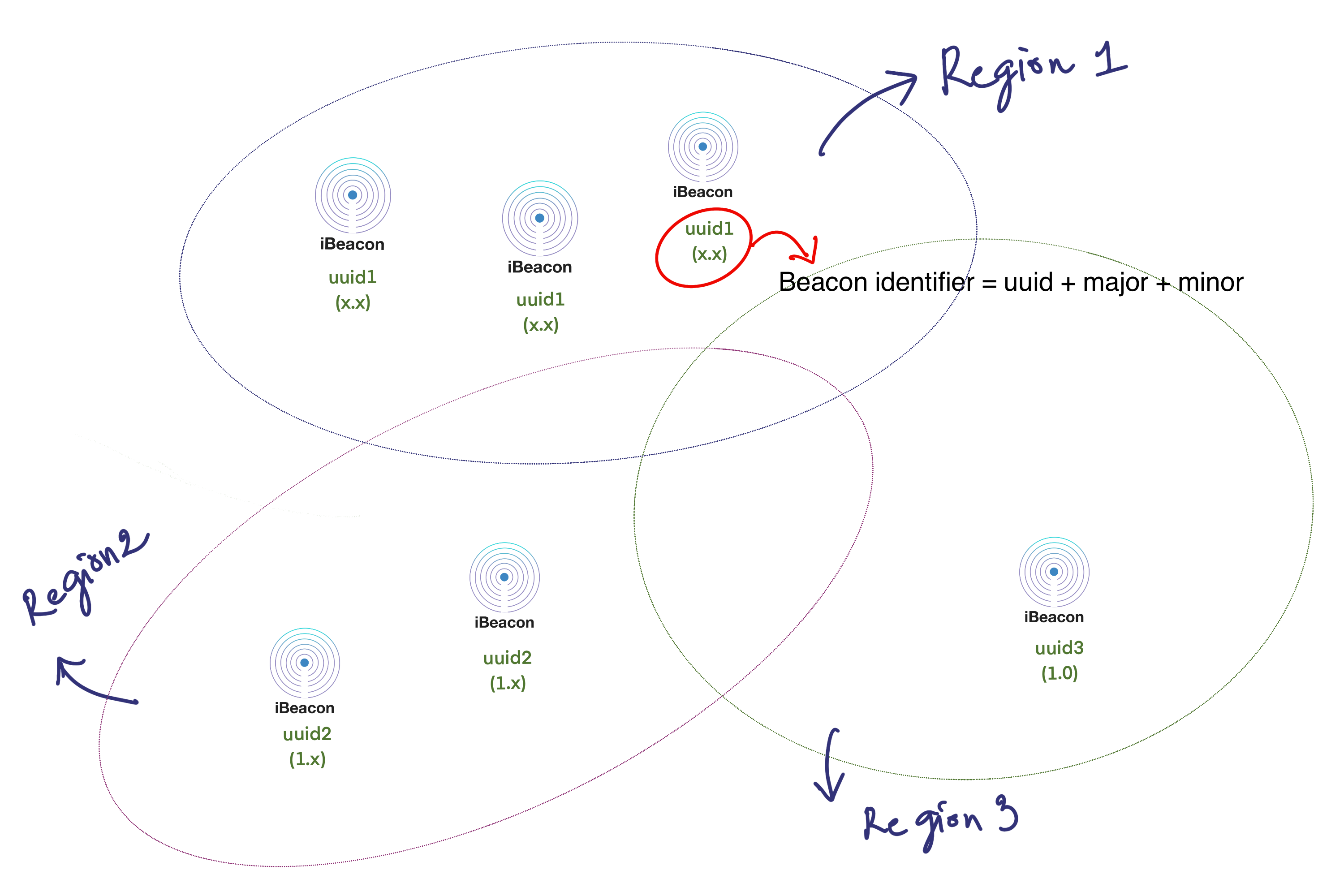 Monitoring provides a capability of subscription on the appearance of a region, which is combined with one or more beacons.
An event in and out will be fired when a device enters or exits a region, respectively.

Uses its transmissions to estimate the distance from a mobile device to a beacon. A common use of ranging operations is to determine which iBeacon is closest to this area.
The location manager will trigger the didRangeBeacons method after ranging successfully, a list of iBeacons that have ranging data will be passed to the delegated method, along with the region in which they were detected. It also provides the received signal strength indicator (RSSI) to estimate a range in meters (It is a property of the CLBeacon object).

There is nothing to complain about the book, from content to form.

Many technologies exist to help phones interact with the world around them. This book introduces you to iBeacons, a Bluetooth technology that allows a device to discover nearby subjects with relatively high accuracy. There is no doubt that the applications of beacon are increasingly widely applied in many fields, especially in marketing and advertising.
From my point of view, you should read the book so that you can unlock your mind about iBeacon. Maybe your next startup is built on top of Beacon, who knows?
In the next tutorial, I will take you into practice with iBeacon on iOS, also will introduce you to some techniques to deal with iBeacon in deep analysis.
If you have any questions or comments on this post, feel free to contact me!