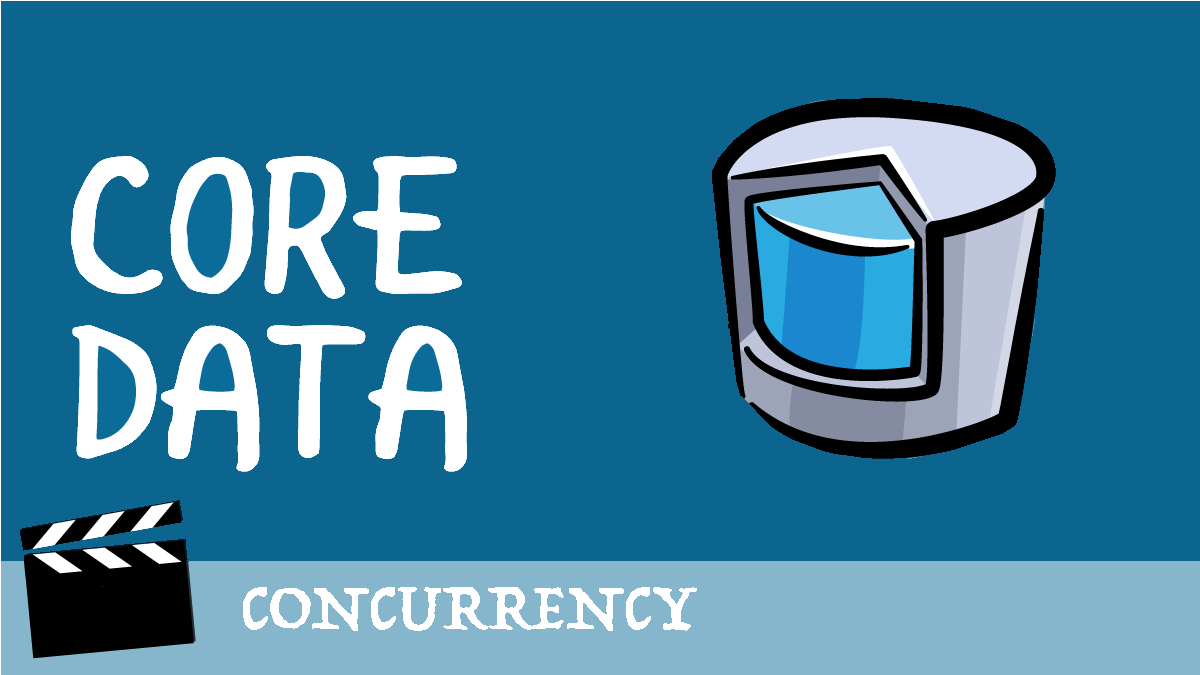 Some applications can survive without any data storage. Most other useful applications, however, save some state such as user configurations, user profile, goals, etc. on iOS, Apple provides Core Data as a framework to persist your valuable data. One thing to keep in mind that although CoreData can store data in a relational database it’s actually not a database engine.
In this tutorial, I will share with you a bad experience I faced when I work with Core Data. Hopefully, after reading my sharing, you will avoid facing the same problem in your projects.
Let’s get started. 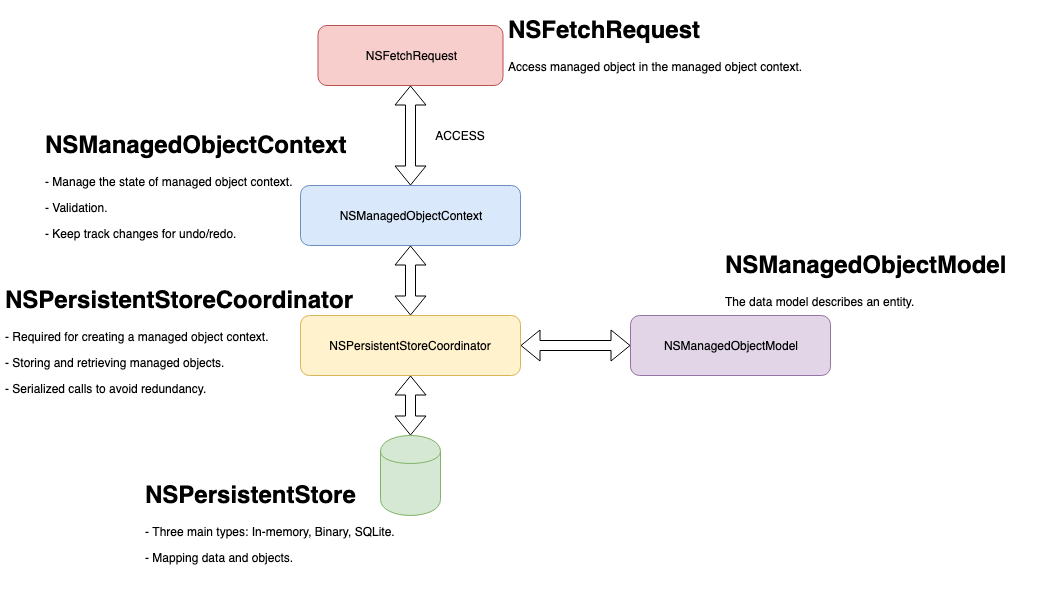 We have enough knowledge of Core Data and its different components. Now, let’s move forward to the main section.

Core Data supports multi-threading in an application, which means more than one thread can be executed in parallel to increase performance. Even some tasks can be performed in the background using a separate thread.
As you might know, when working with CoreData, there are two ways to define a managed object context: NSMainQueueConcurrencyType and NSPrivateQueueConcurrencyType. It depends on us to decide which type of MOC we should create in our applications. Mainly we will work on the main one, but to avoid doing data processing on the main queue, as it might affect the user experience when doing heavy tasks on the main thread, we sometimes need to create a private queue context and perform those heavy tasks on this private context.
Concurrency absolutely makes the app more effective as tasks now can do in parallel, but there are some strict rules defined by Apple we must follow otherwise we will face some unexpected behaviors, including crashes and losing data.

It has been the first time I use CoreData to store valuable data of users in our app. On one hand, I did not take core data concurrency seriously at that time. On the other hand, I do not know there are some strick rules when working with concurrency in Core Data. As a result, when the app comes to production, the number of crashes had been reported to the monitor dashboard.

At that time, I had no idea how they come. I could not reproduce these issues to find out the root cause was. Additionally, the crash reported by Firebase did not have enough information for an investigation. I tried reviewing the flow of my app, searching on StackOverFlow and then reading deeply Apple’s document of Core Data. Finally, the root cause comes from accessing Core Data from multiple threads.

As I’m working with Core Bluetooth, the key point is that Core Bluetooth dispatches Bluetooth events in the main thread by default. However, I configurated the Bluetooth queue to a background queue to avoid locking the UI queue. Here crashes come as Core Data does not allow to access NSManagedObject among different queues strictly.

To simulate this issue, I created a non-stop loop to run inserting and deleting actions in a background queue continuously. The following code illustrates how I performed the test.

Sooner or later, the crash will come to us. 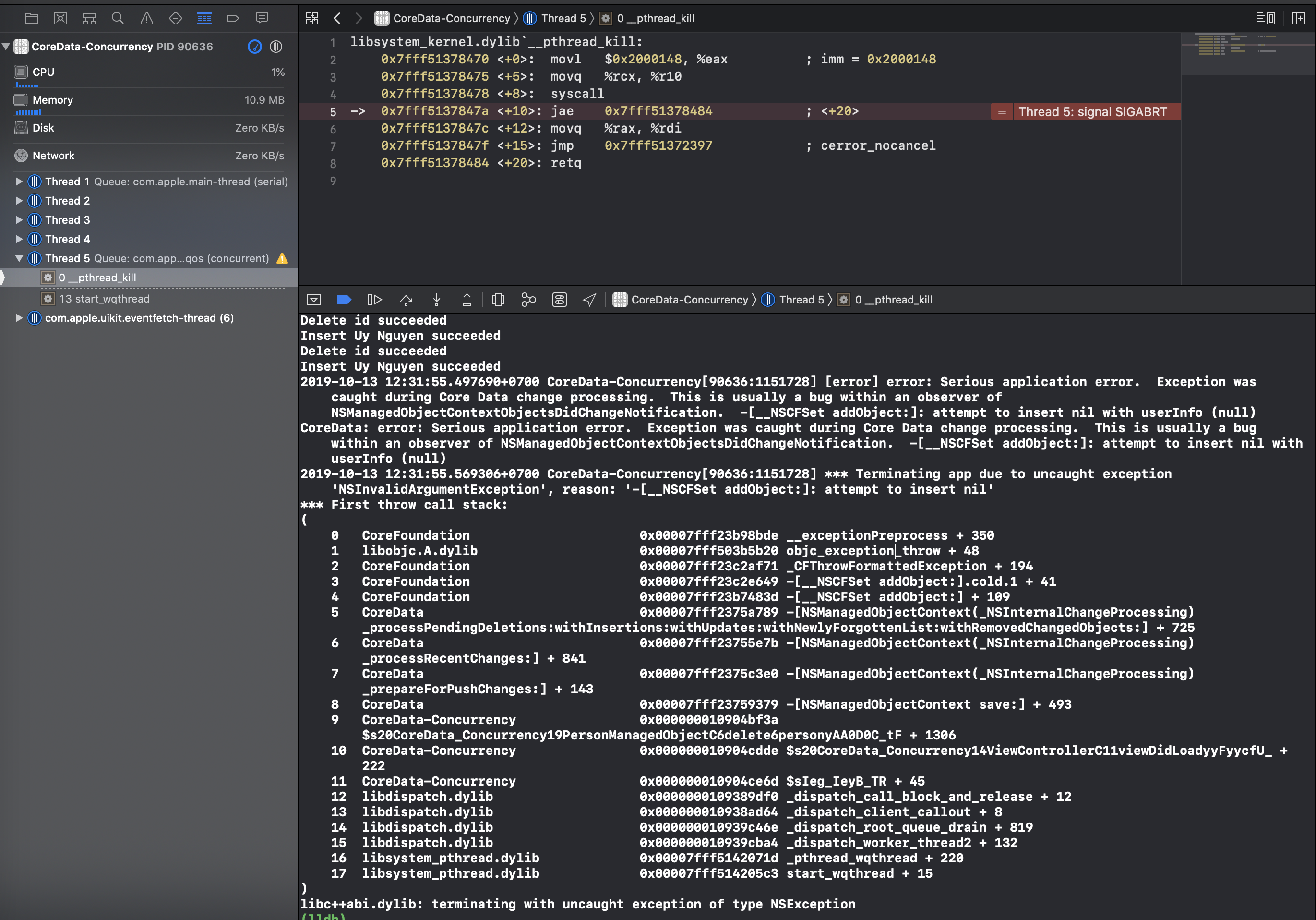 To avoid the crash, the are two techniques we can apply, both of them make sure that we do not violate concurrent-confinement rules.

The first one is to ensure that the managedObjectContext is performed on the queue that it is associated with upon initialization, which is the main queue in this case.

In case for some reason, we can not execute the actions on the main queue (e.g importing huge data to disk) we can create multiple contexts to solve this problem. Move to #2.

Using Core data multiple context technique.
A child managed object context (MOC) does not hold a reference to the persistent store coordinator (PSC). Instead, it keeps a reference to another (MOC) as its parent. Whenever a child performs saveContext, the changes will be pushed to its parent, and keep pushing to other parents (If had). It is only when the root parent MOC performs saveContext, the changes are saved to the PSC. 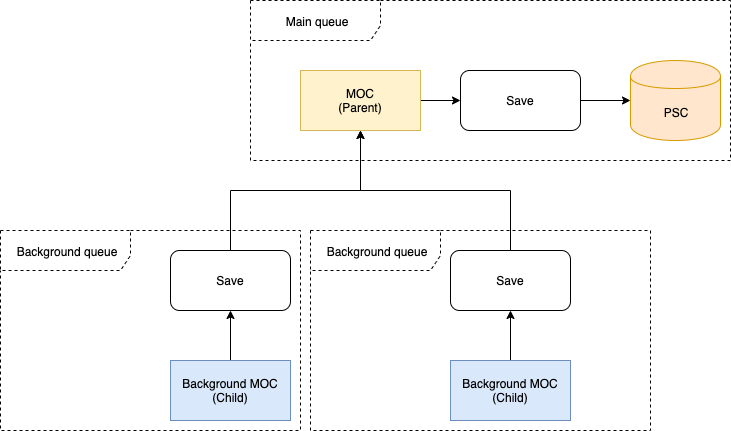 Let’s create a private MOC inside our PersonManagedObject class.

Then set its parent as the main MOC.

Don’t forget to call saveContext method of the parent context to save the changes to PSC.

After modifying the code by using either #1 or #2, I ran the program again in a long time but there were no more crashes!

Core data is a very useful framework and certainly is indispensable in most mobile applications today. To avoid the same bad situations as I just went through, make sure you dig into its components before starting your code, especially core data concurrency.
You can find my completed project at Github - Core Data Concurrency
Thanks for reading.

WWDC 2020 - Top reasons why app get killed in background